Does media consumption cause the public to believe that crime is always worsening?
My coauthors and I have evaluated the longstanding claim that media is responsible for the public's misunderstanding that the crime rate is always increasing. We use ordinary least squares, fixed effects, and dynamic panel models to analyze data from the American National Election Studies. We find that online news consumption is not related to crime trend perceptions in any of these models. Although newspaper and TV news consumption are related to crime trend perceptions in pooled OLS models, the relationship is nonsignificant in other models. The results question the cultivation effect of media that has been shown from previous sectional studies. This first-authored paper has been published in Deviant Behavior. 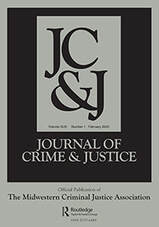 Does exposure to accurate information about the crime rate change crime trend perceptions and willingness to offend?
Economists and psychologists have found that people tend to follow descriptive norms (what others do). Accordingly, the view that an increasing number of people engage in crime may increase the accept- ability of criminal choices to individuals. Utilizing a randomized experiment embedded in an original online survey, I find that though perceptions of rising crime trends and willingness to offend are not directly related, exposure to accurate crime information reduces willingness to offend among respondents who initially perceive rising crime trend in the short term. This sole-authored paper has been published in the Journal of Crime and Justice. 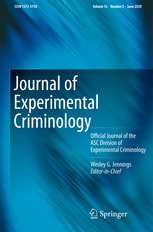 Does exposure to accurate information about the crime rate change crime trend perceptions and support for punitive criminal justice policies?
Public punitiveness is closely related to the expansion of the U.S. penal system. In a sole-authored study, I investigate if exposure to accurate crime information reduces anger about and fear of crime and thereby reduces public punitiveness, and the interconnections between crime trend perceptions, negative emotions, and punitive attitudes. Results show that perceptions of rising crime trends were related to punitiveness both directly and indirectly through anger about crime. Exposure to accurate crime information did not alleviate anger about or fear of crime, but, surprisingly, increased support for punitive criminal justice policies. This paper is forthcoming at Journal of Experimental Criminology.

What factors influence the public's attitudes towards #MeToo victims and offenders?
In a completed sole-authored study that is currently under review, I analyze data from a national factorial survey and investigate what factors influence the public's perceived credibility of alleged sexual assault victims and punitiveness towards sexual assault offenders. I also investigate the influence of political ideology on public opinion.

What factors influence public opinion about hiring people with criminal records?
In an ongoing project, I am collaborating with a colleague and developing a national survey experiment to examine under what conditions the public supports or opposes hiring people with criminal records.
The research uses the theoretical framework of courtesy stigma and contributes to reducing the collateral consequences of mass incarceration.

Does the public hold stigmatized views towards prisoners regarding COVID-19 infection, vaccination, and visitation?
In an ongoing project, I am collaborating with two colleagues on a national survey experiment to examine under if the public holds stigmatized views about prisoners during a global pandemic. The research uses the theoretical framework of moral beliefs in evil and redemptive violence. 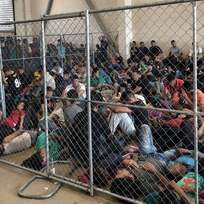 Is public opinion about crimmigration discriminatory and selective?
In an ongoing study, I am using a factorial survey to examine the extent of natives' willingness to punish immigrants, and if public opinion about crimmigration is discriminatory and selective based on immigrants' region of origin and legal status. The study is motivated by interdisciplinary work including group contact and group threat theories, social identity theory, racial animus theory, moral foundations theory, social construction theory, relative group position theory, self-categorization theory, stereotype amplification theory, and racial priming theory.

Public opinion about Protests and Policing

Does public opinion differ towards protestors and police officers involved in BLM and MAGA protests ?
I am collaborating with a colleague to analyze if citizens' empathy and punitiveness towards protestors involved in Black Lives Matter (BLM) protests and Make American Great Again (MAFA) protests differ based on their beliefs in political identity and morality. The study uses a factorial survey design.

Public opinion about crime and criminal justice in china

Does public opinion matter to the Chinese criminal justice system?
I am collaborating with scholars in China and the U.S.  to to examine Chinese law enforcement officials’ perceptions when faced with public grievances about crime and criminal justice. I will use a factorial survey and the theoretical framework of audience legitimacy.

You can check out my other co-authored papers, in which I am not the lead author, in my CV. I am always happy to collaborate and work with a team. If you are interested in collaboration or have any questions about my published and ongoing projects, please feel free to send me an email (lshi@bridgew.edu).
​
Thank you!
Proudly powered by Weebly